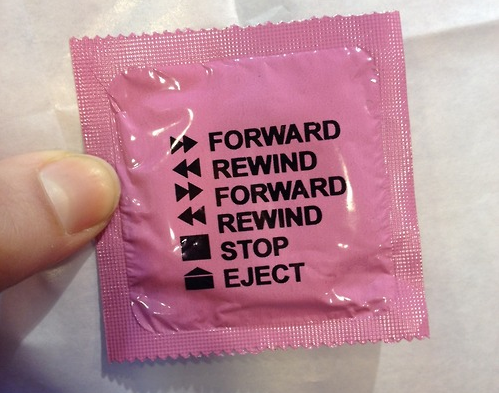 VHS tapes are one of the least stable formats held in community archives. They degrade quickly. VHS is expensive to digitize through a third-party vendor. It’s possible to digitize in-house, by non-professionals, but it takes time and equipment. This guy, John Raines, volunteers to digitize tapes for the GLBT Historical Society in San Francisco:

Raines is retired and he does this work at home, five days a week, because he thinks it’s important.

I haven’t spoken to Raines, though I’d like to, but I have spoken to volunteers at other gay and lesbian archives working on digitizing their moving image collections. I ask them how they choose what tapes to digitize. Always strapped for volunteer time and money, these archives have to set priorities. Decisions are based on “archival value.” This concept isn’t objective; it doesn’t mean anything in particular. Archival value is usually assigned to materials because of volume of researcher request, state of degradation, ease of acquiring permissions, appeal to granting bodies, and just simple perceptions of what is most important to remember.