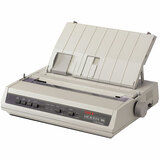 I’ve finally posted my comprehensive exam readings lists. I’m putting these up because I’ve found other people’s lists enormously helpful in forming my own and I hope this will provide a resource for other students in the Communication and Culture program, and for other students putting together readings lists on cultural studies, communication studies, feminism, queer theory or online media. Assembling a list is a collaborative process, one with other students in your field, in your program, with your committee, and with the authors of the texts you’re reading who have followed citations of their own. In my program we write our formal questions toward the end of the reading process, so I’ll update with those once I’m finished with them.

In addition to my own lists, here are a couple of links to other lists that I’ve found helpful. If you have others, please add links in the comments.